Office furniture is on the brink of a major overhaul, now the trend for “Googlefied” workspaces is on the wane. Alternative solutions presented themselves at this year’s Milan design week but became even more visible at Clerkenwell Design Week, which ran from 24 to 26 May 2016.

The event annually takes over London’s Clerkenwell, which is said to hold the highest number of architects per square mile in Europe. As architecture studios increasingly focus on the contract market, a cluster of furniture showrooms has sprung up too – with many offering their take on contemporary workplace needs.

From the virtual office of the future to co-working and flexible furniture for less formal meeting and workspaces, here are five interesting office designs we spotted at Clerkenwell: 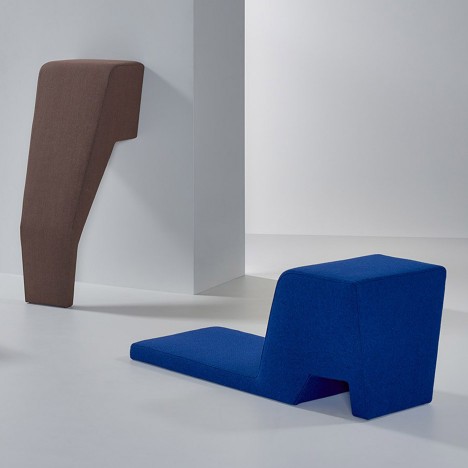 The upholstered plush leaning posts are designed to encourage workers to have impromptu meetings or recline with their laptops.

OffSize joins Prooff’s extensive collection of office furniture that includes stand-up meeting desks and compact, flexible workstations. Developed in collaboration with designers including Studio Makkink & Bey, Ben van Berkel of UNStudio and Léon de Lange, the furniture creates space for private and collaborative work in an environment where people are free to pick up their laptops and roam around. 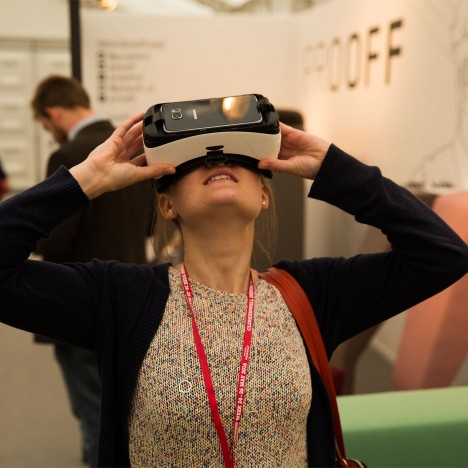 Prooff also took advantage of the latest developments in virtual reality to create an immersive showcase of its products in collaboration with Dutch architectural practice UNStudio.

Visitors at the Design Fields exhibition were encouraged to try on the Samsung Gear VR headset, through which they could explore the catalogue of Prooff products arranged in a virtual office.

In an interview with Dezeen last year, designer and visualiser Olivier Demangel argued that sending clients virtual models would soon be the norm in the industry – Prooff’s showroom is an early example. 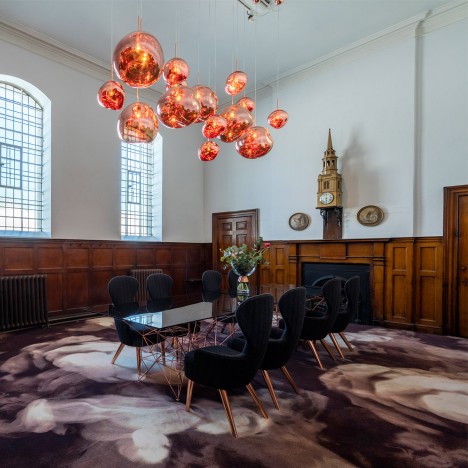 British designer Tom Dixon worked alongside a church vicar to design his co-working space for Clerkenwell Design Week. He created a collaborative, drop-in office space and restaurant inside St James Church after consulting with the Reverend Andrew Baughen, who saw the potential for the building to be used as a workspace.

Dixon installed furniture and lighting pieces inside the church, including the geometric Curve pendants from his Materiality range, which launched at Milan design week 2016. He is the latest in a string of designers creating co-working environments – spaces that can shared by various different companies on flexible rental terms – following increased demand from start-ups and freelancers. 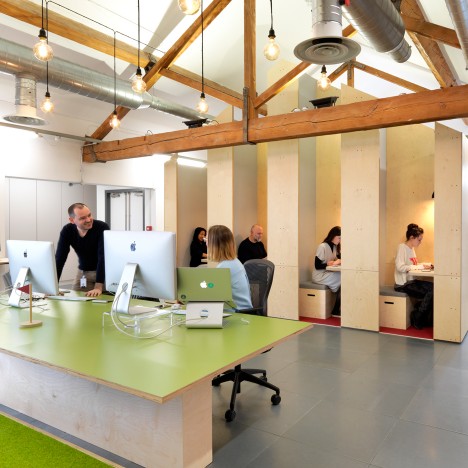 Home rental website Airbnb recently moved its offices from a space in London’s Shoreditch to Clerkenwell. The design of the new London office, which was unveiled to the public during the event, features communal areas modelled on a village green, pavilion and a market square.

“When we design lounge furniture, we’re designing it to be worked in,” Aaron Taylor Harvey, creative director of Airbnb’s environments team, told Dezeen. “The coffee tables have multiple bars built into the side of them as footrests, so that your feet have various positions to sit at.”

“People want that casual experience, and we don’t want to break people’s bodies if they want to work on a couch, so everything is thought of as workplace furniture even if it looks more domestic.” 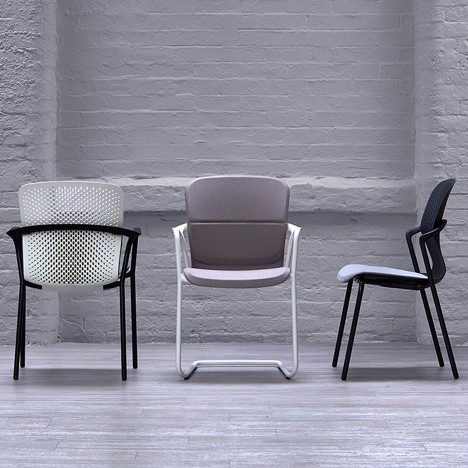 Herman Miller used Clerkenwell Design Week to unveil a collection of chairs by London studio Forpeople, designed to accommodate workers who shuffle around in their seats.

The Keyn chairs are made using a flexible seat shell that remains in contact with the user as they move position. They feature a backrest that is designed to respond to shifts in posture and reclines up to 10 degrees.

While they may be more traditional in form than Prooff’s collection, Forpeople and Herman Miller’s chairs also offer an alternative for employees who are increasingly likely to move around, rather than sit in one position at a workstation all day.